More channels, higher scalability - each module is an eight channel multipotentiostat with independantly controlled channels - up to 256 modules giving a total of 2048 channels in one system - fully independant setup of each module - impedance spectroscopy from mHz...MHz - ... Very high resolution ...brings together 24bit resolution with high channel count and impedance spectroscopy from mHz...MHz. Each module is an eight channel multipotentiostat with independantly controlled channels. Combine up to 256 modules giving a total of 2048 channels in one system with fully independant setup capabilities of each module.

what sets us apartnot just instruments

We are not a typical lab instrument manufacturer. With Sciospec it´s all about the technology platform underneath the instruments. Everything you see in our product portfolio can be customized to your needs, scaled up as further than you thought possible, migrated from lab to field use systems and combined freely with everything else we have in the platform.

Our broad range of standard instruments and modules covers all types of application scenarios for research and development as well as industrial applications.

This is a key element in our technology plattform. So whether you need a single channel or several thousand of them - we can do it.

Taking it one step further

We give you an easy path to migrate from the lab to custom solutions for the field, the fab or whereever you want to take your application.

Our tech - your product

Need our tech for your product? From just putting a standard module in your product to co-developing a brand new solution...we love doing OEM solutions.

Scalability is a key element, embedded at the heart of our technology plattform. Whether you need a single channel in a tiny mobile use form factor our thousands of channels in parallel in an automated test environment - we´ve got you covered.

But what's the perfect fit for your multichannel potentiostat / galvanostat application?

There is a multitude of scenarios that demand more than one channel of a potentio-/galvanostat. The reasons vary greatly – just to name a few typical settings:

As diverse as the reasons for using multichannel arrangements are the choices for solutions. In general, there are four basic approaches:

Using multiple single-channel instruments comes with many strings attached and is not acceptable in most situations. Typical downsides include:

While this might work for adding a second measurement station in a laboratory environment, this approach loses feasibility with higher channel counts.

There are several types of switches that can be used for multiplexers. Semiconductor switches are very affordable have low power consumption and small footprints. On the downside they have relatively bad parasitic characteristics with leakage currents typically between several pA up to a few nA and input capacitance of a few to several hundred pF. A much better choice in terms of parasitics are relays, better yet reed relays. High quality reed switches will offer several TΩ and <1pF off isolation, extremely low parasitic capacitance < 0.7 pF (close to no cell loading), mΩ On-Resistance, zero leakage current in on state and close to zero charge injection. On the downside they are much more expensive, very large and require lots of power to operate when compared to semiconductor switches.

No matter what type is chosen, feasibility of a specific switch/multiplexer must be carefully evaluated for each application. In some cases the parasitics and timing constraints won´t matter at all, in some they decrease quality and in some they might even end up breaking the sensors.

Multi-Potentio-/galvanostats (“multipot”) are basically several potentio-/galvanostat-frontends joint in one system. Due to the independent channels operating in true parallel, full parallelization of experiments can be achieved. This results in all the power of having several instruments including independent control without the major drawbacks:

While there are exceptions, typical multipots will not have galvanically isolated channels. This means their channels are not electrically independent. Practically speaking: Current flow between the channels is possible and thus the regulation in one channel can interfere with another channel. So in most applications each channel should be used on an galvanically isolated/electrically independent cell/device under test. Special care must be taken if a multipot is to be used in a non-isolated multichannel setup (e.g. multiple electrodes in the same solution). 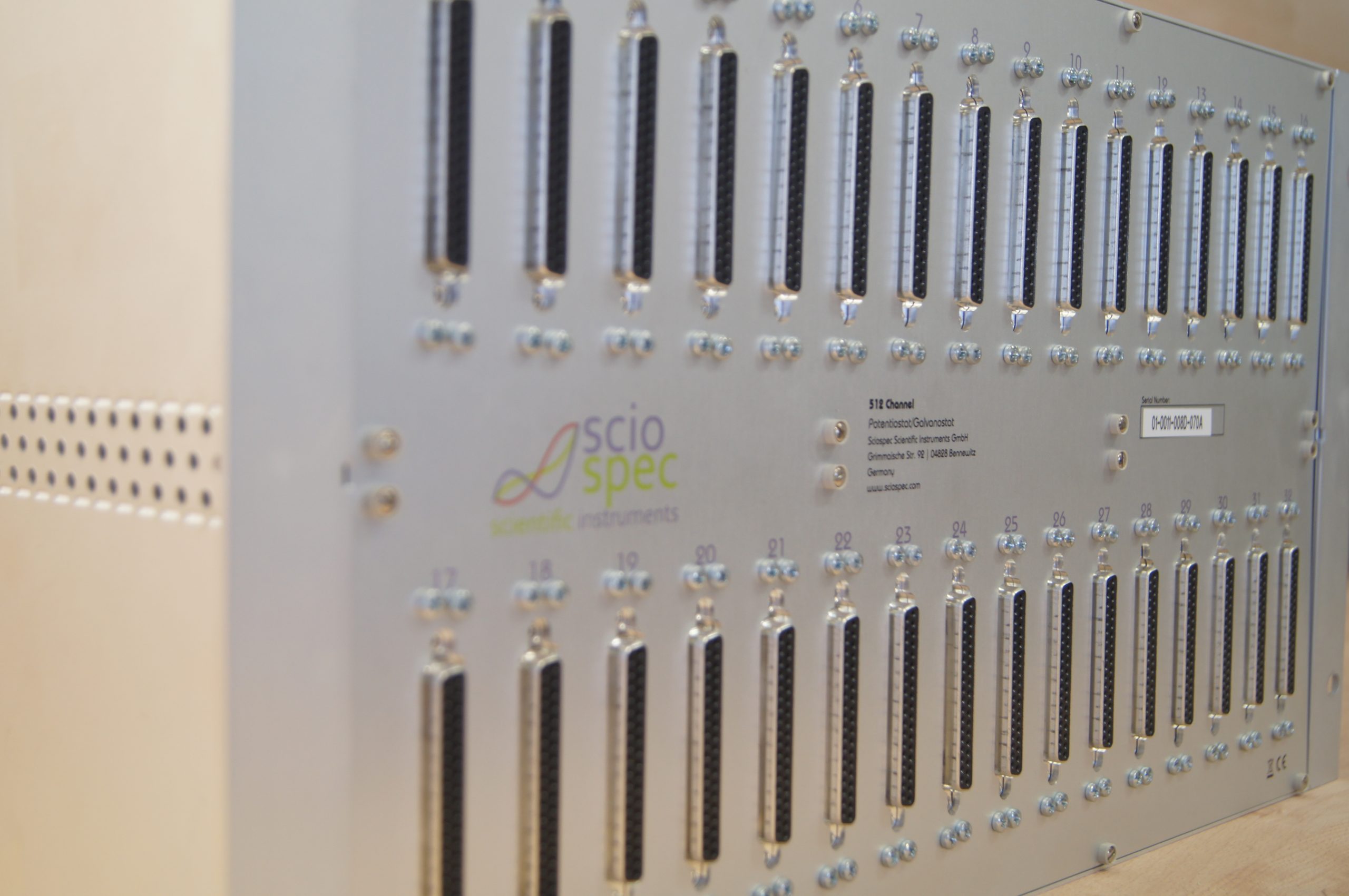 ... their ups and downs and typical pitfalls of the different options

For questions or comments please leave us a message.

Please fill this form and we'll get back to you as soon as possible!

Sorry to see you leaving so soon… Don´t you want to send your quote request and find out more?