There is a multitude of scenarios that demand more than one channel of a potentio-/galvanostat. The reasons vary greatly – just to name a few typical settings:

As diverse as the reasons for using multichannel arrangements are the choices for solutions. In general, there are four basic approaches: 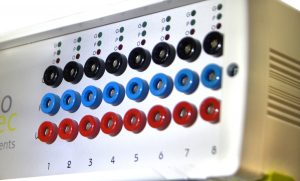 Using multiple single-channel instruments comes with many strings attached and is not acceptable in most situations. Typical downsides include:

While this might work for adding a second measurement station in a laboratory environment, this approach loses feasibility with higher channel counts.

There are several points to remember when using multiplexers:

None of these points can be evaluated without looking at the specific applications requirements and the specific technical parameters of the multiplexer/switches. The most important parameters for multiplexers potentio-/galvanostat and impedance spectroscopy instruments are:

There are several types of switches that can be used for these purposes. Semiconductor switches are very affordable have low power consumption and small footprints. On the downside they have relatively bad parasitic characteristics with leakage currents typically between several pA up to a few nA and input capacitance of a few to several hundred pF. A much better choice in terms of parasitics are relays, better yet reed relays. High quality reed switches will offer several TΩ and <1pF off isolation, extremely low parasitic capacitance < 0.7 pF (close to no cell loading), mΩ On-Resistance, zero leakage current in on state and close to zero charge injection. On the downside they are much more expensive, very large and require lots of power to operate when compared to semiconductor switches.

No matter what type is chosen, feasibility of a specific switch/multiplexer must be carefully evaluated for each application. In some cases the parasitics and timing constraints won´t matter at all, in some they decrease quality and in some they might even end up breaking the sensors.

Multi-Potentio-/galvanostats (“multipot”) are basically several potentio-/galvanostat-frontends joint in one system. Due to the independent channels operating in true parallel, full parallelization of experiments can be achieved. This results in all the power of having several instruments including independent control without the major drawbacks:

While there are exceptions, typical multipots will not have galvanically isolated channels. This means their channels are not electrically independent. Practically speaking: Current flow between the channels is possible and thus the regulation in one channel can interfere with another channel. So in most applications each channel should be used on an galvanically isolated/electrically independent cell/device under test. Special care must be taken if a multipot is to be used in a non-isolated multichannel setup (e.g. multiple electrodes in the same solution).

The default case of a multipot will have all components of one channel again for each channel. This also means that not only the regulation of cell voltage/current, but also all the measurements will be taken fully parallel. This type of multipot will basically perform the same as actually having several independent instruments. For most multichannel applications, this is the “go to” solution and will cover almost all possible requirements.

In this less typical case of multipots the actual measurements (digitization of measured data) is not done fully parallel. Since it is still a multipot, the actual frontend components (all the amplifiers, set point generator and other components making up the potentio-/galvanostat) will still be there for each channel. This means the regulation of cell voltage/current is done independently and fully parallel. But in contrast to the default case all or a set of the channels will be sampled (meaning the analog-to-digital-conversion of the current state of cell voltage/current) sequentially. This eliminates the need of having fully parallel sampling ADCs with the advantages of massive reduction in: control/synchronization effort, hardware footprint, cost and power consumption.

If the timing demands of the application allows for it, this specific topology offers great savings in space, power and cost over conventional multipots. Especially for handheld, point-of-care or other cost-sensitive applications this might be a good choice.

Since all working electrodes belong to the same regulator circuitry they must be electrically coupled (as opposed to galvanically isolated). Typical scenarios will have all electrodes in the same cell/solution. This also means that special attention must be paid to the dependencies between the channels. The current of all working electrodes will be seen as combined load for the counter electrode. This introduces some pitfalls:

Also there is the problem of cross leakage: Currents flowing from one working electrode to the other might arise from potential differences between the working electrodes. Even without actively offsetting the working electrode potentials there are still the effects of unwanted input offset voltages and input leakage currents.
Optionally the polypot-topology can be extended with independent offsetting on each working electrode. This again increases footprint, cost and power consumption compared to a standard, but also adds new possibilities. Introducing one independent offset generator per working electrode each working electrode’s potential can be offset against that of the distinguished working electrode. Even additional dynamic modes of operation could be performed e.g. with one electrode remaining quasi-static while another being exposed to a cyclic voltammetry ramp.
The true power of this topology comes from the enormous savings in circuitry compared to multipot architecture. Power consumption, size and cost will be greatly reduced at the expense of independent control. In settings where experiments are to be fully parallel, independency of electrodes and experiments is not required and cost/size/power are of issue a polypot might be the best available choice.

All these topologies can be combined to match more complex application requirements. For example each channel of a multi-potentio-/galvanostat can be extended with a multiplexer. Also more sophisticated combinations of multi- and poly-potentiostat-topologies (several poly-potentiostats with several working electrodes each combined in one “multi-polypot”) are feasible.

What we can do for you

Sciospec’s extensive modular platform covers all these topologies and is flexible enough to combine almost any potentio-/galvanostat-requirement with any of them. Apart from our standard solutions the technology platform enables us to create cost effective fully custom solutions. Massive multichannel capabilities and extensive scalability are at the heart of our technology portfolio so whether you need just a few channels in a compact handheld form factor, want to address a newer before seen sensor topology with complex control demands or need to massively scale up a process to several thousand channels – Sciospec is up to the task.
If you have more questions or want to find out how to address your application´s requirements feel free to contact us. 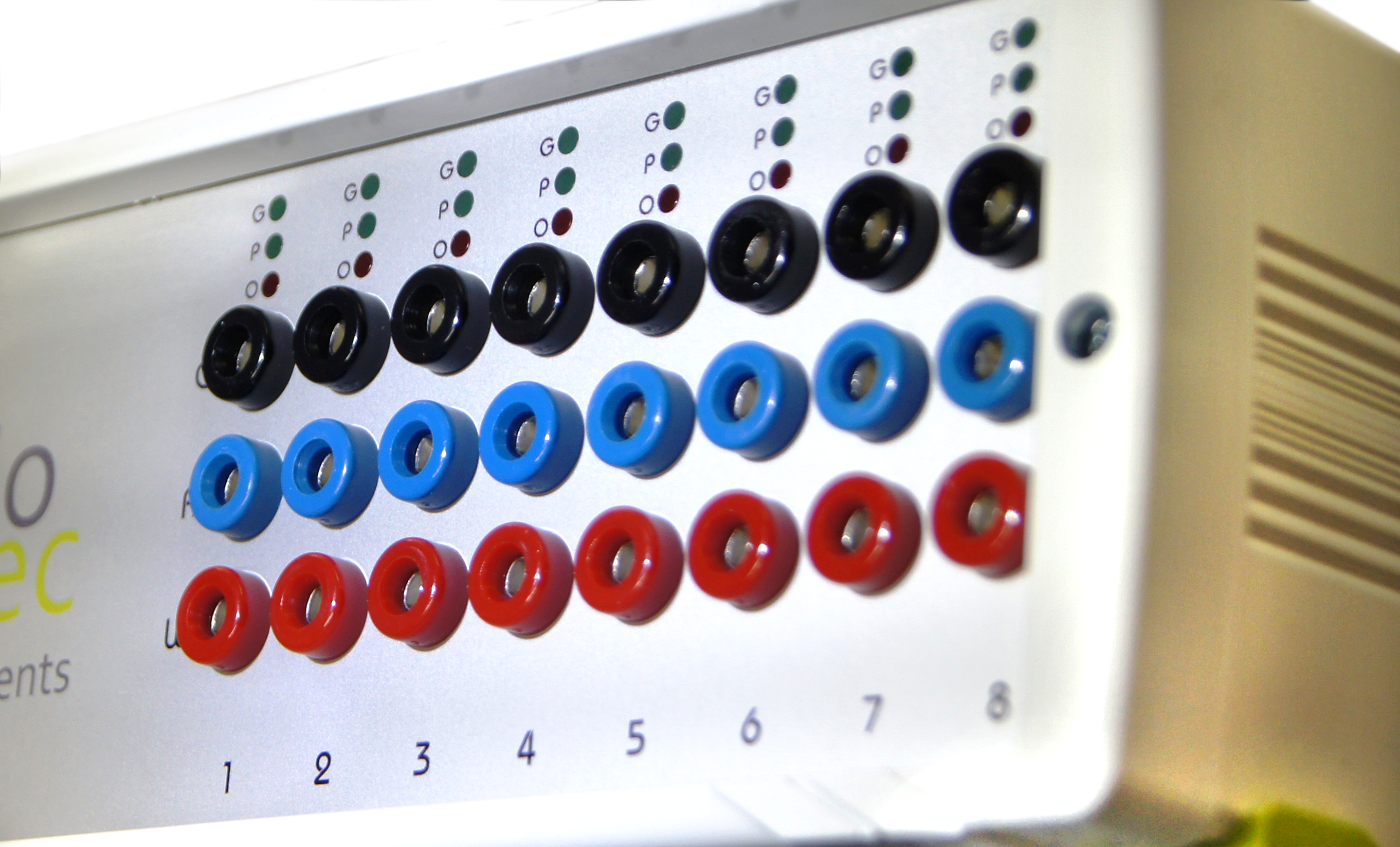 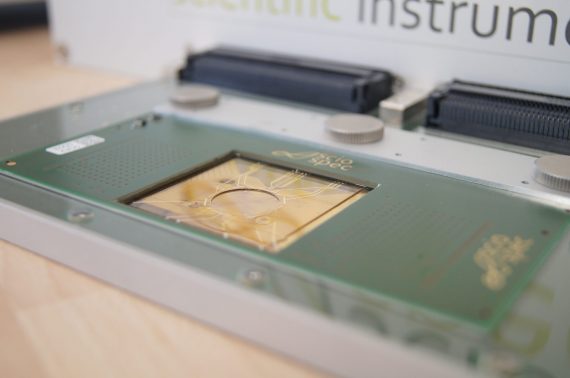 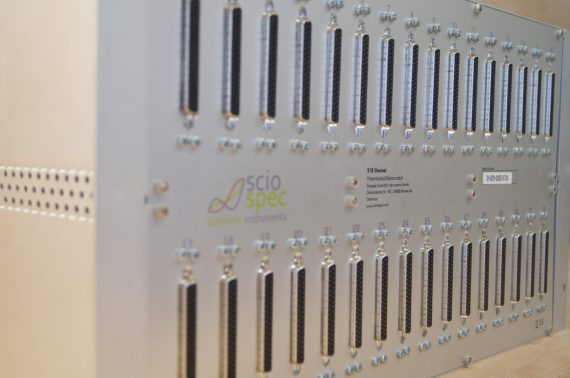 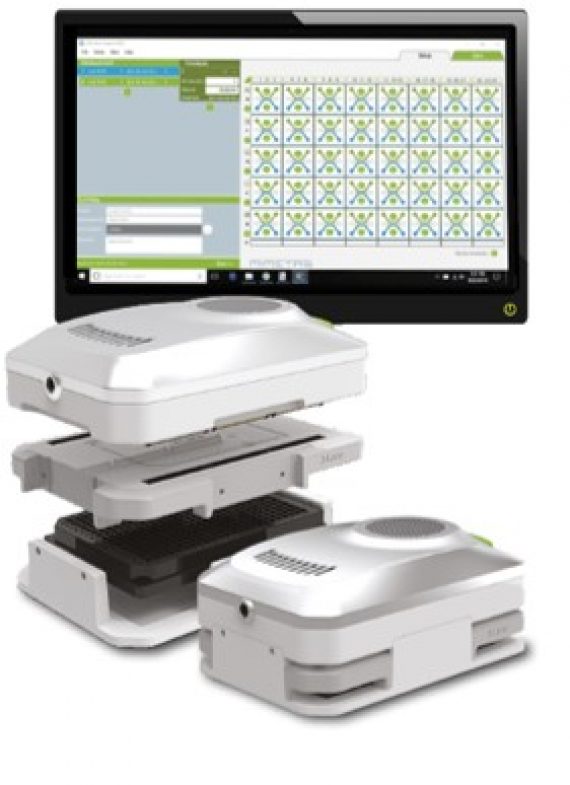 For questions or comments please leave us a message.

Please fill this form and we'll get back to you as soon as possible!